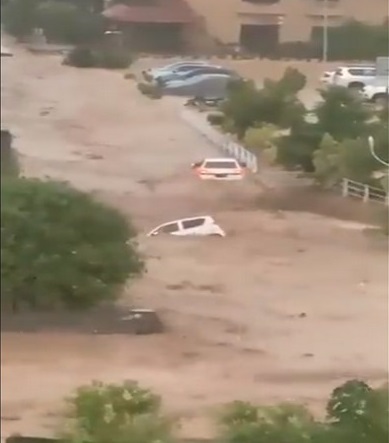 Within few weeks, the 28th July Islamabad flood is a forgotten story but climate crisis is here to stay and its disasters are far from over. Recently published Sixth Assessment Report (AR6) of the United Nations Intergovernmental Panel on Climate Change (IPCC) has warned that world is going to face more climatic crises. Pakistan is among the top ten climate impacted countries and Islamabad is going to face more floods.

Real estate actors and regulatory authorities need to grab the departing message left by human screams and flowing cars during Islamabad flood. The message is clear that irregularities of urban planning must be fixed because the menace of climate change can convert them into deadly disasters.

The damages and intensity of Islamabad floods can be attributed to ecological distortions and climate change. The central piece of ecology is relationship and inter-linkages among all its components viz., water pathways, nullahs, green areas, landscape, trees, weather, animals and human beings. If our actions disturb one part of ecology, impact on other components is inescapable.

That’s what happened in the case of E-11, the worst hit area of Islamabad floods. As part of land development, original water pathway and nullah were distorted and narrowed down. Even houses were constructed on the nullah itself. The cloudburst induced flash floods exposed these ecological distortions in the form of a disaster. Cloudburst means very heavy rainfall in a short duration. Climate change has increased the intensity and frequency of cloudbursts.

The Capital Development Authority (CDA) has decided to check construction and bylaws in all housing societies. This is important because respecting, protecting and restoring urban ecology offer mitigation and adaptation mechanisms to develop resilience against climatic threats.

Rising temperature is another challenge for Islamabad. Historical data analysis in the report shows that since 1961-1990 the average temperature in Islamabad has increased by 3 Celsius and the future climate projections are nerve-racking. The temperature increase until 2039 is projected as 0.7 Celsius whereas until 2069 it is projected with an increase of 2.2 Celsius. Hence, ecological cooling mechanisms are crucial to minimize the impact of higher temperatures in Islamabad.

With the exception of rainy days, Islamabad residents have witnessed hotter days in June, July and even in August. A large number of men and youth with fewer women and children are commonly seen in the green belts around major highways such as Islamabad Expressway.

Dearth of parks, trees and green spaces inside many residential areas and housing societies compel citizens to nurse their green appetite in these green areas around highways. Surrounded by heavy traffic, people, particularly children, put their lives at risk due to contiguous, uncivilized and heavy duty traffic. Women, elderlies and disabled are unable to reach these green areas due to accessibility challenges. Prime Minister Imran Khan, in a cabinet meeting on 13th July 2021, had expressed concerns on the depleting green areas in Islamabad due to unplanned expansion of residential societies.

CDA and relevant departments need to follow up with housing societies to ensure restoration of water pathways and development of parks and green areas according to their original commitments. In December 2019, Ms Zartaj Gul Wazir, the state minister for climate change had announced monitoring and ensuring development of parks in all housing societies . There is a dire need to follow up and implement the decision. Besides, government departments and real estate sector should integrate climate risk factors in their future plans.

In conclusion it is important to realise that if such climatic challenges are faced by Islamabad – one of the most planned cities – what would be the situation for other cities in the country? Therefore, provincial governments should prioritize climate risk assessments and subsequent plans for resilient cities.

ABOUT US
Come and Raise Voices – CR Voices is a space for all who want to share their voices.
Contact us: crvoices@gmail.com
FOLLOW US
© CRVoices by Out of Box Developerz Pvt Ltd
MORE STORIES
Climate Change