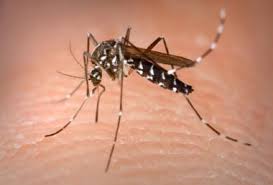 Dengue is a widespread disease which affects many countries, particularly in Asia and Latin America.  This is a viral infection that affects tropical and subtropical regions mostly after rainy seasons. There has been threatening escalation of dengue cases in recent decades. The World Health Organization (WHO) estimates 100-400 million infections per year. [1]

Dengue is a vector dependent disease that involves the following:

The mosquitoes involved are mainly females of specie Aedes aegypti and & Aedes albopictus.[2] They act as vectors and carry virus from one affected body to another via blood.

This means that a person can get infected at least 4 times prior to achieve immunity against the virus.

The symptoms of dengue infection vary from person to person.  Such as; common cold or flu with myalgia (muscle pain), arthralgia (joint pain), decline in the platelet count (thrombocytopenia) and fever etc.

In hemorrhagic fever, leakage of plasma (the fluid component of blood) occurs due to dramatic decrease in platelets count. Platelets are blood clotting or blood thickening cells. This condition is also known as thrombocytopenia.

In the shock syndrome fluid begins to ooze out in the interstitial space (space/lumen between tissues and cells of the body). These two conditions are serious and may lead to death of patient.[3]

So far there is no cure available against dengue. The treatment includes symptomatic management along with fluid therapy in case of excessive fluid loss. Due to unavailability of vaccine and proper treatment, advice is to prevent the infection from occurring in the first place. Prevention can be practiced by avoiding contact with the vector and vector control strategy[4]. Proper instructions should be provided to masses to prevent dengue. Electronic, social and print media need to be used for such awareness campaign.

Other preventing measures against mosquito bites include;

The vector control strategy suggests environmental management along with chemical and biological control, to cease vector transmission. We need to make improvements in our daily life practices and improvisation of urban infrastructure.[5] Open pipes, poor sewerage management, unattended water storage in houses  lead to the spread of deadly disease.

As for the country we live in, lack of awareness and knowledge leads to uncontrollable cases every year. This can be rather smartly controlled and avoided by carrying out practices of prevention and behavioral changes. It is our duty to act as a responsible citizen, protecting ourselves and those around us.

Ms Iqra Khan is a student of medical university in Islamabad.